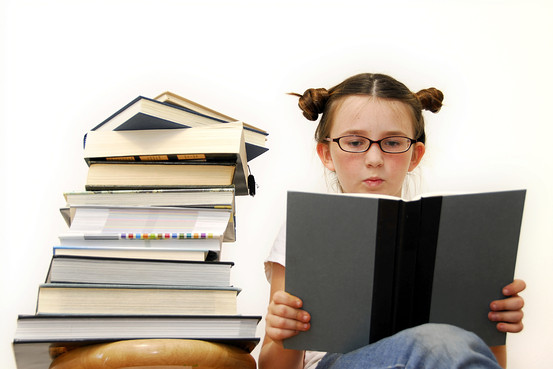 When I was a child, I was a “genius”—the kind you sometimes see profiled on the local news. I started reading at 2. I could multiply two-digit numbers in my head when I was 5. One of my earliest memories is working out a way to generate Pythagorean triples. In third grade, I commuted to the local junior high to take geometry. Kids on the playground would sometimes test me by asking what a million times a million was—and were delighted when I knew the answer.

Many advocates for gifted education are similarly delighted by kids like me, seeing us as a kind of natural resource, one we risk squandering as surely as we do fossil fuels. Some educators rebrand child prodigies as “exceptional human capital” and hold us to be the drivers of global economic competitiveness. “These are the people who are going to figure out all the riddles,” the Vanderbilt University psychologist David Lubinski said in a recent interview. “Schizophrenia, cancer—they’re going to fight terrorism, they’re going to create patents and the scientific innovations that drive our economy. But they are not given a lot of opportunities in schools that are designed for typically developing kids.” 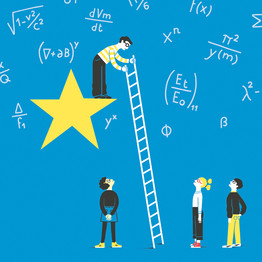 Dr. Lubinski and coauthor Camilla Benbow direct the Study of Mathematically Precocious Youth, based at Vanderbilt, the most ambitious attempt yet to follow the life course of the prodigious child. Since 1983, the study has tracked a group of several hundred students who, before the age of 13, scored at least 700 on the math SAT or 630 on the verbal—scores that only 1 in 10,000 children that age attain. Those students, now in their early 40s, have filed regular reports on their intellectual and professional development for decades. They’re pretty developed: Some 44% of them have doctoral degrees (only 2% of the general population does); their median income was $80,000, about twice the U.S. average for people their age; and two ex-prodigies are Harvard professors. These kids don’t flame bright and burn out; they start strong and keep going.

I’ve been following these students closely—partly because the study is a fascinating piece of social science, partly because I’m one of them. At 12, I got a perfect 800 on the math SAT and 680 on the verbal, thereby joining the Vanderbilt study’s data set for life. Now I’m a tenured math professor, novelist and nonfiction writer, just like the standardized tests said I should be: yet another of the study’s success stories.

The cult of the kid genius could do more harm than good, former child prodigy turned mathematics professor Jordan Ellenberg says. Mr. Ellenberg, author of “How Not to Be Wrong: The Power of Mathematical Thinking,” joins Lunch Break with Lee Hawkins. Photo: Getty Images.

But here’s the thing: Talent isn’t a number. We would never presume to identify the great novelists of the future by counting the number of vocabulary words they knew at age 10. To think we can do the same for math and science—as if proving the Riemann hypothesis were something like getting 100,000 on the math SAT—is to adopt a depressingly impoverished view of science and its demands on its practitioners. The cult of genius tends to undervalue hard work and the productive persistence that psychologists nowadays like to call “grit”—not to mention creativity, perspective and taste, without which all those other virtues may be wasted on pointless projects.

Plucking the great scientists of the future out of their scattered middle schools is hard, perhaps impossible. Dr. Lubinski’s report on the grown-up prodigies isn’t called, “What Happens to Child Prodigies as Adults?” It’s called, “Who Rises to the Top?” But it leaves the latter question unanswered.

Those of us who managed sky-high SAT scores at 13 were 20 times as likely as the average American to get a doctorate; let’s say, being charitable, that we’re 100 times as likely to make a significant scientific advance. Since we’re only 1 in 10,000 of the U.S. population, that still leaves 99% of scientific advances to be made by all those other kids who didn’t get an early ticket to the genius club. We geniuses aren’t going to solve all the riddles. Most child prodigies are highly successful—but most highly successful people weren’t child prodigies.

This can be a hard lesson for the prodigies themselves. It is natural to believe that the just-pubescent children on the mathletic podium next to you are the best, the ones whoreally matter. And for the most part, my fellow child stars and I have done very well. But the older I get, the more I see how many brilliant people in the world weren’t Doogie Howser-like prodigies; didn’t shine in Math Olympiad; didn’t go to the inner circle of elite colleges. I’m embarrassed that I didn’t understand at 13 that it would be this way. But when they keep telling you you’re the best, you start to believe you’re the best.

One of the most painful aspects of teaching mathematics is seeing my students damaged by the cult of the genius. That cult tells students that it’s not worth doing math unless you’re the best at math—because those special few are the only ones whose contributions really count. We don’t treat any other subject that way. I’ve never heard a student say, “I like ‘Hamlet,’ but I don’t really belong in AP English—that child who sits in the front row knows half the plays by heart, and he started reading Shakespeare when he was 7!” Basketball players don’t quit just because one of their teammates outshines them. But I see promising young mathematicians quit every year because someone in their range of vision is “ahead” of them.

There is a myth that progress in mathematics is driven by the cognitive .01-percenters, marked at birth, who blaze a path for the rest of humanity to trot along. But in the real world, math is a communal enterprise. Each advance is the product of a huge network of minds working toward a common purpose, even if we accord special honor to the person who sets the final stone in the arch. As Mark Twain said, “It takes a thousand men to invent a telegraph…and the last man gets the credit and we forget the others.”

Terry Tao, a UCLA professor and a winner of the Fields Medal, the highest honor a young mathematician can achieve, once wrote: “I find the reality of mathematical research today—in which progress is obtained naturally and cumulatively as a consequence of hard work, directed by intuition, literature, and a bit of luck—to be far more satisfying than the romantic image that I had as a student of mathematics being advanced primarily by the mystic inspirations of some rare breed of ‘geniuses.’ ”

It isn’t exactly wrong to say that Terry Tao and other former prodigies like him are geniuses. But it is more accurate to say that what they accomplished was genius. Genius is a thing that happens, not a kind of person.

—Dr. Ellenberg is a professor of mathematics at the University of Wisconsin, Madison, and the author of “How Not to Be Wrong: The Power of Mathematical Thinking,” recently published by the Penguin Press.