Can’t get your children to eat their vegetables or pick up their toys? Try game theory strategies for parents. WSJ contributor Jennifer Wallace joins Lunch Break with Tanya Rivero with some tips and tricks. Photo: iStock/kolinko_tanya

The party is over, and you’re down to the last bit of cake. All three of your children want it. If you’re familiar with game theory, you might think of the classic strategy in which one person cuts the cake and the other chooses the slice. But how do you divide it three ways without anyone throwing a fit?

Game theory is, in essence, the science of strategic thinking—a way of making the best decision possible based on the way you expect other people to act. It was once the domain of Nobel Prize-winning economists and big thinkers on geopolitics, but now parents are getting in on the act. Though game theory assumes, as a technical matter, that its players are rational, it applies just as well to not-always-rational children. 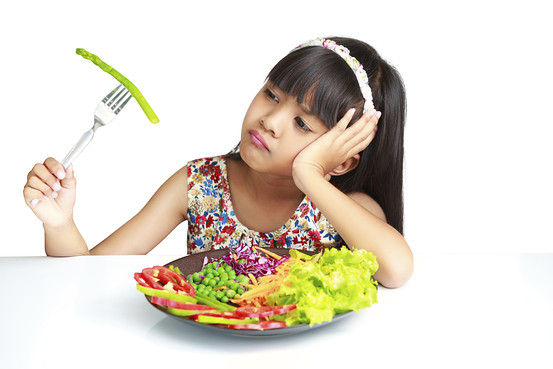 Game theory can work to get kids to eat food they might otherwise refuse. Getty Images

A key lesson in game theory, says Barry Nalebuff, a professor at the Yale School of Management, is to understand the perspective of the other players. It isn’t about what you would do in another person’s shoes, he says; it’s about what they would do in their shoes. “Good game theory,” he says, “appreciates the quirks and features that make us unique and takes us as we are.” The same could be said of good parenting.

So how to deal with the problem of dividing a piece of cake into three equal shares? Try this: After the first child cuts and the second one chooses, each child further cuts his or her own slice into thirds. The third child then chooses a third of a slice from each plate. It might get messy, but all three should feel fairly treated.

The Pickup Dilemma: It’s time to clean up, but neither of your kids will budge. Kevin Zollman, an associate professor of philosophy at Carnegie Mellon University, suggests applying what’s known as the repeated prisoners’ dilemma, a “tit for tat” strategy, to make cleanup more palatable. Instead of saying, “Put your toys away,” Prof. Zollman says you may get better cooperation if you go one toy at a time: One child puts a toy away, then the other puts a toy away; repeat until the room is cleaned.

You can also try having the children alternate days instead. The trick is to keep the game going—or else the pact will come undone, and no one will want to be the last to clean up. Then you’ll be back to cleaning up yourself.

The Kale Conundrum: The father of a picky eater I know uses a clever tactic to get the child to eat a variety of foods. When he puts one type of food on his son’s plate, the child often refuses it. But if he ups the initial price to four different foods, his son will eat two, feeling that he’s “won” the negotiation by eating only half of what’s asked.

Credible Punishments: In game theory as in parenting, you have to deliver on your threats, like actually turning off the TV if you said you were going to, even if it punishes you too. Joshua Gans, an economist at the University of Toronto and the author of “Parentonomics,” offers advice for gaining a credible reputation at home. When his children were young and would disobey, he would say, “I’m thinking of a punishment.” It’s much easier to pretend to think of a punishment than to come up with a new one every time, he notes—or, worse, to issue a noncredible threat in the heat of the moment. (“That’s it, I’m canceling Christmas!”) Once he earned his credibility, he found that he had only to close his eyes and count to 10, and his children would spring into action.

The Bedtime Ultimatum: For shortening the bedtime routine with several children to tuck in, one parent advises using an ultimatum game of take-it-or-leave-it. Before bed, just have the children play rocks, paper, scissors and allow the winning child to choose the book. If the others don’t agree with the choice, no one gets a story.

Sleep Training 101: Game theory can work from the earliest days of parenthood. Prof. Nalebuff applies the concept of backward induction to help new mothers get some sleep. If a mother repeatedly gets up in the middle of the night with the child, he explains, eventually the child will only respond to the mother comforting him. Instead, mothers should look forward and reason backward: If you ever want your husband to get up in the middle of the night, then you have to get him involved at the very start. Everyone, it seems, needs to be sleep trained.

Even if the game doesn’t work out as planned, these strategies can teach valuable lessons. William Poundstone, the author of the new book “Rock Breaks Scissors: A Practical Guide to Outguessing and Outwitting Almost Everybody,” recounts a story told to him by the renowned game theorist Merrill Flood. Flood needed one of his three teenage children to baby-sit a younger sibling. All three wanted the work, so Flood held a reverse auction that would give the job to the lowest bidder.

Flood warned, however, that a reverse auction could lead to a bidding war and a winner’s curse—a price so low that the job wouldn’t be worth taking, says Mr. Poundstone. To avoid this outcome, the three bidding teens were allowed to negotiate with each other and come to an agreement ahead of the auction.

Despite the warning, a bidding war ensued, and the job went for a measly 90 cents. Flood got a couple of things out of this game, says Mr. Poundstone: He taught his children about cooperation, and he saved money on baby sitting.

—Ms. Wallace is a freelance writer in New York.