Spoiled children can grow into annoying adults, but there are real consequences associated with growing up spoiled. WSJ’s Veronica Dagher joins Lunch Break with Tanya Rivero with more on this. Photo: iStock/HelpingHandPhotos

You want to give your children everything. But sometimes you can go too far and create a spoiled, entitled brat.

The consequences can be severe: In addition to acting like whiny complainers now, spoiled children are more likely to grow into financially dependent, irresponsible adults plagued by overspending and debt.

“Some parents want their children to have everything for free,” says Katherine Dean, managing director of wealth planning at Wells Fargo Private Bank in San Francisco. “But the real world doesn’t work that way.”

Ask yourself, “Why am I inclined to indulge my children?” says Susan Newman, a social psychologist in Metuchen, N.J. It might be to gain their approval, to relieve your sense of guilt for the limited time you spend with them, to make up for things you didn’t have growing up, or your need to keep up with friends and neighbors, Dr. Newman says. Understanding your own motives can help you break the habit and take a different approach, she says.

If you feel guilty about working so much, plan a time to take your child to the park or cook a meal together instead of giving into the impulse to buy a new toy. “Buying them a gift won’t make up for lost time and have a lasting impact on their happiness,” says Nathan Dungan, owner of Share Save Spend in Minneapolis.

A big mistake parents make is not talking about money with their children, fearful they’ll become overly focused on money, says Ann Freel, a family-education expert at Northern Trust Wealth Management in Chicago. But children notice early on if a friend’s house is bigger than theirs. And they’ll certainly notice if you evaluate the people inside it based on the disparity, she says.

In turn, it’s important to speak about your own family’s money values. If you believe “things don’t equal love,” share that with your children and reinforce it by talking about what you value more than money, Ms. Freel says.

One parent Ms. Freel works with regularly points out to his children the qualities he respects in his colleagues, friends and neighbors: their intelligence, kindness, sense of humor and integrity.

“He’ll emphasize that he doesn’t care how much or little someone has financially,” says Ms. Freel. “If these things aren’t present, he doesn’t hold that person in high regard.” 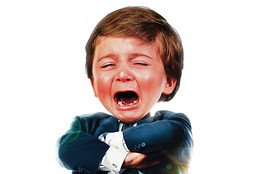 If you’re concerned that your child isn’t getting a realistic sense of how to set financial priorities, speak to them about real-life money decisions where trade-offs are required, Ms. Freel says. You can involve them in household finances from middle school onward without opening your financial books to them, she says.

Prepaid minutes are a great way to limit your adolescents’ phone use and teach budgeting, says Brad Klontz, a financial psychologist in Kapaa, Hawaii. In the first month, they are likely to blow through their minutes in a few days. “Resist the urge to bail them out, and make them wait until next month,” he says.

After a few trials they’ll learn about budgeting and delayed gratification, two keys to future financial success, he says.

“Kids develop attitudes about money by observing their parents’ day-to-day actions more than anything else,” says Ms. Freel.

Shopping to relieve tension, for example, might seem harmless if you can afford it. But it can also communicate to your children that material goods alleviate emotional pain and longing, Ms. Freel says.

Likewise, your tipping practices, charitable giving and the way you treat your belongings will demonstrate your money values to your children, Ms. Freel says. Instead of impulsively buying a new car, speak to your children about how you’re saving each month for it and maybe even taking on extra work to afford it. Involve them in comparison shopping, either in stores or online.

“Even if you can afford not to, cut coupons with your children and take them to the store when you use them,” Dr. Klontz says.

The simple way to avoid spoiling your kids is to make sure it’s OK to say “no.”

If your 10-year-old son pleads for $240 soccer cleats, you might ask him why he wants a pair that might be double the price of some other brand, Mr. Henske says. This can start a conversation about relative value and comparison shopping, he says. If your son doesn’t conclude on his own that the cleats are too pricey, you can explain that in your house “you live on a budget and don’t spend an unlimited amount of money on things we need.” Explain that the family budget for cleats is say, $100, and that your son has to come up with the extra $140 if he wants the pricier pair, Mr. Henske says.

Yet sometimes you just need to say no. On those occasions, be sure you and your spouse are delivering the same message.

“Do not allow the children to pit one parent, or grandparents, against each other when it comes to money,” says Neale Godfrey, president of the Children’s Financial Network in Chester, N.J. “Decide the rules together and stick to them.”

“Start by teaching them the only way to get money is to earn it,” says Ms. Godfrey. You might pay them for doing age-appropriate chores. For older children, you might set expectations such as “if you go to college, you will work during the summer to earn some of the money for your expenses,” she says.

Have them work to help pay for something special, such as a summer trip to a foreign country, says Andy McVay, a Laguna Hills, Calif., financial adviser. Having “skin in the game” by paying for things with money they worked for teaches children to set financial goals and prioritize, he says.

7. Teach Them to Give Back

Volunteer as a family, and when your children are old enough, encourage them to volunteer for causes they care about, Dr. Newman says.

Families should have a mandatory “giveaway rule,” she says. Twice a year, before birthdays or big holidays, ask your children (help the younger ones) to look through their clothing and toys and determine what they can give to a charity. When a tragedy such as a hurricane or a tornado strikes elsewhere, have a discussion about ways your family might help those in need, she says.

Encourage your older children to create a list of possible recipients and let them decide where their donations go, whether it’s a children’s ward at a hospital or a homeless shelter, she says.

Write to Veronica Dagher at veronica.dagher@wsj.com