Paycheck to Paycheck – Break the cycle 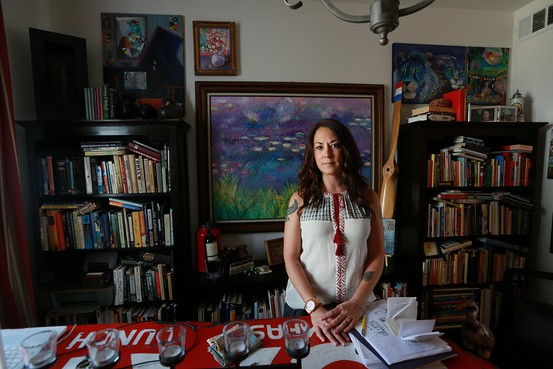 Sylvia Flores was earning more than $200,000 a year, but racked up roughly $300,000 in credit-card debt. Sandy Huffaker for The Wall Street Journal

Hey, big spender: Pulling down a six-figure salary can make your dreams come true, but it doesn’t eliminate the risk of living beyond your means.

But some high earners end up leading a lifestyle they can barely afford, saving little or nothing for retirement and living paycheck to paycheck. In extreme cases, they even fail to make ends meet, particularly if they lose their jobs or face unexpected expenses.

“Some people you wouldn’t expect are teetering on the edge of bankruptcy,” says Charles Bullock, a bankruptcy attorney in Southfield, Mich., who has worked with lawyers, doctors and corporate executives, some of whom had to seek help after just three months out of work.

There are no comprehensive data on overspending by the affluent, experts say. But Mr. Bullock says he has seen an uptick in personal-bankruptcy filings among high earners over the past six months, a trend he expects will continue as it becomes easier for consumers to borrow again and investors grow more confident about the stock market.

Here’s a look at how you can make $400,000 a year and feel like you’re just breaking even. WSJ Wealth Adviser’s Veronica Dagher reports.

Sylvia Flores was earning more than $200,000 a year overseeing website content for retailers and tech firms when she got into trouble. She had a personal chef and a housekeeper, and took her husband and two children to Hawaii for frequent vacations.

“I spent way more than I made, but I didn’t really think about it because I was making good money. I felt entitled,” says Ms. Flores, who is 40 years old and lives in Oceanside, Calif.

She ran up some $300,000 in credit-card debt before deciding to put her financial house in order about three years ago, after getting divorced and remarrying. It wasn’t her first brush with borrowing woes—Ms. Flores declared bankruptcy in 2005 after amassing about $500,000 in debt.

The first step was to control her spending, often the most important and most difficult change to make. She started making her own meals, moved to a cheaper condominium, cut out expensive vacations and shopped for clothes at thrift stores.

Ms. Flores also found ways to encourage herself to save. She gave herself a small reward—such as a pricey latte at a neighborhood coffee shop—each time she paid off her monthly credit-card bill and shaved off part of her accumulated debt. She now owes her card issuer about $40,000 and has put another $40,000 or so away for retirement.

There are other useful strategies. Document your income and your necessary spending, experts say, so that you have a clear sense of what is disposable income. If you need to cut discretionary spending, don’t necessarily go cold turkey on everything you love—try being strategic, with targeted indulgences to balance broad belt-tightening. (Journal readers also have advice for well-paid overspenders.)

While lower earners can face hardships and financial struggles that are even more dire, the consequences of chronic overspending can be painful regardless of which income bracket you start in. Here’s how to recognize when your purchases have become a persistent problem, and how to break the cycle. 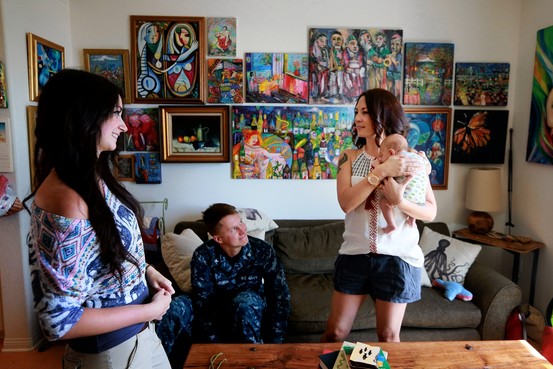 Sylvia Flores with her grandson and other family members; Ms. Flores gave herself small rewards to encourage paying down debt. Sandy Huffaker for The Wall Street Journal

Falling Into a Hole

How does a high-income family spend more than it earns? Consider a hypothetical couple in the Chicago area making $400,000 a year.

They live comfortably, travel frequently and pay the mortgage on a home worth more than $1 million. They send their two teenagers to public school and put away about $12,000 a year for retirement and $10,000 for college tuition.

And when it comes to income and expenditures, they are basically broke.

This couple was created by Northern Trust Wealth Management at the request of The Wall Street Journal, to illustrate how high earners can end up in the red.

The couple’s annual take-home income is $273,000 after setting aside money for retirement and college and after paying U.S. and Illinois income taxes, which Northern Trust estimated based on certain assumptions about deductions and rates.

They spend $87,000 a year on their mortgage, $24,000 on property taxes, $25,000 on home maintenance and $15,000 on utilities, cellphones and other household bills, which Northern Trust considers reasonable examples of what such a family might spend, based on the firm’s experience. Groceries for the family of four cost $575 a week, or $30,000 a year.

The family buys a new car every four years, which amounts to $15,000 a year on average, and spends $9,000 annually on car insurance. Their discretionary purchases also include $21,000 a year on dining out and other entertainment, $12,000 in membership dues at a local club, and $26,000 on two family trips and one weekend getaway for the parents.

Add in $10,000 for equipment, fees and other expenses related to sports their children play, $4,000 for gifts and holiday spending, and $5,000 for school fundraisers and other charitable giving.

Suddenly, the hypothetical couple is $10,000 in the hole every year.

Clearly, couples in similar situations can cut back on expenses. The problem is that overspenders are often trying to satisfy both material and emotional needs.

Karol Ward, a New York psychotherapist who helps clients try to control spending, says some people overspend to fit in with peers or a social circle they aspire to join. One client picked up restaurant tabs for friends and associates because it made him feel important.

“It was more about his low self-esteem than generosity,” she says.

For high earners in demanding jobs, spending heavily can also help justify long work hours and compensate for time away from friends and family.

“I wanted to reward myself for my hard work,” says Robert Bell Platt, who was working as a patent lawyer in Washington, D.C., when he concluded about a decade ago that he and his partner, Mark See, were living well beyond their means.

The couple had six cars, including four BMWs, two speedboats, a townhouse in Alexandria, Va., and vacation homes on Jekyll Island, Ga., and in New York’s Finger Lakes region. They enjoyed pricey dinners out every weekend, shopping for gourmet groceries and the latest electronic devices.

Mr. Bell, now 55, grew increasingly anxious. “In the back of my mind I kept thinking: ‘This could all come undone in a hurry,’ ” he says. “We were spending too much and had nothing saved for retirement.”

Sometimes, overspenders need a motive to get back on the road to financial stability.

For Mr. Bell, it was fear. He saw colleagues in their 50s being let go by his law firm. He was particularly haunted by the story of one former co-worker who owned multiple homes and cars and earned in the high six figures; nearly two years after getting laid off, the man was bankrupt.

So Mr. Bell and his partner made big changes. They sold two of their homes and four of their cars. They ate at home more frequently. They canceled their cable television and cellphone plans. And they saved $1.7 million for retirement.

Ms. Flores had a similar revelation. She started working for a retirement-plan provider, and part of her job was traveling around the country to shoot a documentary about how Americans were struggling in retirement. She met investors in their 60s and 70s who had once earned six-figures but were now broke.

“I realized I was on that path,” she says.

If you get laid off, the motivation is immediate. Don’t keep on spending or try to maintain costly appearances. Mr. Bullock, the bankruptcy attorney, says clients who got into financial trouble soon after losing their jobs often weren’t willing to scale back their lifestyle.

“They wanted to keep impressing their neighbors and they didn’t want their spouse or kids to have to sacrifice,” he says.

To avoid such an emergency, create a “thoughtful and long-term” financial plan, says Katie Nixon, the Chicago-based chief investment officer for wealth management at Northern Trust. Count up all income and all required spending, including taxes. Don’t factor in “nice-to-haves” such as vacations, she says.

“That will give you a good sense of what is really your disposable income,” she says.

People have a tendency to boost spending as income increases, Ms. Nixon says. So consider saving your bonuses and raising your 401(k) contributions. And make a sober assessment of your future earnings power.

Use manageable strategies to help change your lifestyle. Michelle Smith, president of New York-based Source Financial Advisors, suggests picking your indulgences carefully. If travel and dining are important to you, cut back in other areas.

“Making a 25% cut across the board feels a lot more restrictive and suffocating than keeping two or three categories at full tilt, and making a 30% reduction across the rest,” she says.

Implementing the changes gradually and adjusting your financial plan periodically to stay on track will make the process easier and more sustainable, experts say.

Mr. Bell eventually quit corporate law and started to work for himself. Because the couple was able to unload so many assets, he was eventually able to start working part time and take a drastic pay cut.

Now he makes far less than many peers, but says he is happier and more relaxed, and no longer lies awake wondering if the couple’s lifestyle is sustainable. To his surprise, he says, friends have expressed envy and said they wish they could simplify their lives, too.

His advice to them: “You have a choice. You can cut back before it’s too late.”

Write to Veronica Dagher at veronica.dagher@wsj.com