Feb. 21, 2014 12:14 p.m. ET
In the past two decades, the number of children diagnosed with Attention Deficit Hyperactivity Disorder has nearly doubled. One in five American boys receives a diagnosis by age 17. More than 70% of those who are diagnosed—millions of children—are prescribed drugs.

A new book, “The ADHD Explosion” by Stephen Hinshaw and Richard Scheffler, looks at this extraordinary increase. What’s the explanation? Some rise in environmental toxins? Worse parenting? Better detection? 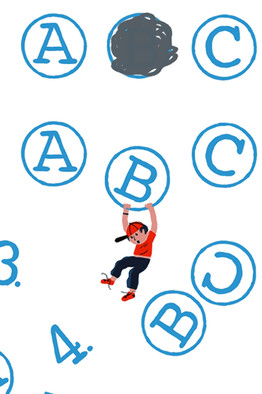 Drs. Hinshaw and Scheffler—both of them at the University of California, Berkeley, my university—present some striking evidence that the answer lies, at least partly, in changes in educational policy.

Many people have suspected that there is a relationship between the explosion in ADHD diagnoses and the push by many states, over this same period, to evaluate schools and teachers based on test scores. But how could you tell? It could just be a coincidence that ADHD diagnoses and high-stakes testing have both increased so dramatically.

Drs. Hinshaw and Scheffler used a kind of “natural experiment.” Different parts of the country introduced new educational policies at different times. The researchers looked at the relationship between when a state introduced the policies and the rate of ADHD diagnoses. They found that right after the policies were introduced, the diagnoses increased dramatically. Moreover, the rise was particularly sharp for poor children in public schools. 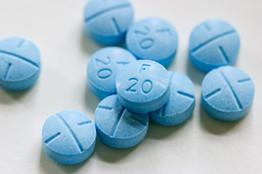 The authors suggest that when schools are under pressure to produce high test scores, they become motivated, consciously or unconsciously, to encourage ADHD diagnoses—either because the drugs allow low-performing children to score better or because ADHD diagnoses can be used to exclude children from testing. They didn’t see comparable increases in places where the law kept school personnel from recommending ADHD medication to parents.

These results have implications for the whole way we think about ADHD. We think we know the difference between a disease and a social problem. A disease happens when a body breaks or is invaded by viruses or bacteria. You give patients the right treatment, and they are cured. A social problem—poverty, illiteracy, crime—happens when institutions fail, when instead of helping people to thrive they make them miserable.

Much debate over ADHD has focused on whether it is a disease or a problem, “biological” or “social.” But the research suggests that these are the wrong categories. Instead, it seems there is a biological continuum among children. Some have no trouble achieving even “unnatural” levels of highly focused attention, others find it nearly impossible to focus attention at all, and most are somewhere in between.

The number of children diagnosed with ADHD has doubled in the past two decades, and some say the reason lies in educational policy. University of California Berkeley Psychology Professor Alison Gopnik joins Lunch Break to discuss. Photo: Getty.

Stimulant drugs don’t “cure” a disease called ADHD, the way that antibiotics cure pneumonia. Instead, they seem to shift attentional abilities along that continuum. They make everybody focus better, though sometimes with serious costs. For children at the far end of the continuum, the drugs may help make the difference between success and failure, or even life and death. But the drugs also lead to more focused attention, even in the elite college students who pop Adderall before an exam, risking substance abuse in the mad pursuit of even better grades.

For some children the benefits of the drugs may outweigh the drawbacks, but for many more the drugs don’t help and may harm. ADHD is both biological and social, and altering medical and educational institutions could help children thrive. Behavioral therapies can be very effective, but our medical culture makes it much easier to prescribe a pill. Instead of drugging children’s brains to get them to fit our schools, we could change our schools to accommodate a wider range of children’s brains.