And most end up giving in.

In a survey released in July by coupon site vouchercloud, 55% of parents contacted said they gave their children bribes—including allowances and other forms of compensation—to make them behave or to reward them for certain tasks or achievements. At the same time, however, nearly two-thirds said they would rather give their child less money.

Parents aren’t the only ones who think they’re going about it all wrong. Experts in personal finance also warn that too many moms and dads are using the wrong kinds of incentives and might have better success steering their children with a different approach.

Here is a closer look at what these experts recommend when it comes to incentives.

Most parents select the reward they think will best motivate their child. But experts say parents are missing an opportunity when they do that. Instead, experts recommend letting the child help choose the reward so that they feel more committed to the process.

This tactic has worked well for Anthony Kure, whose 7- and 9-year-old girls picked Beanie Boos and My Little Pony toys as their currency of choice. The North Royalton, Ohio-based financial adviser then established a “pay rate” easy enough for the two girls to understand: One hour of work for certain nondaily responsibilities, such as sweeping the garage, equates to around $5—which is roughly the price of a single toy. 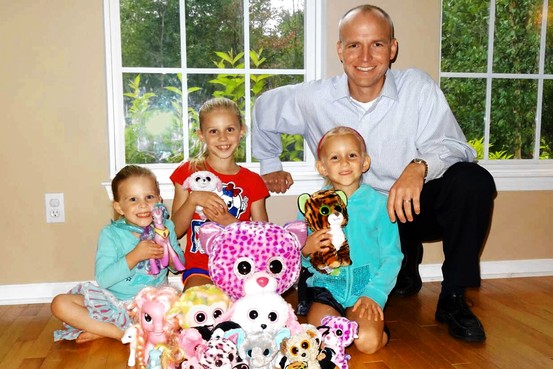 To drive the message home about how much hard work is required to reap a reward, Mr. Kure accompanies each girl to the store so they can practice buying the toys on their own. “I always make sure they have their own purse and pay the cashier in a separate transaction so it’s not just lumped in [with] mom and dad’s purchases,” he says.

In picking the right incentive, it’s also important that parents not just think in terms of material items or money. New privileges that come with each stage of growing up, for example, sometimes can be an appropriate incentive. Experts say turning such privileges into rewards can encourage the right kinds of behavior and increase a child’s sense of self-accomplishment at the same time.

Deborah Gilboa, a clinical associate professor at University of Pittsburgh School of Medicine, says that when one of her children asked to be allowed to walk alone to a friend’s home, she agreed, on the condition that her child first show an ability to act responsibly and pleasantly in public. This could include holding a younger sibling’s hand when crossing the road and speaking respectfully to others, Dr. Gilboa says. 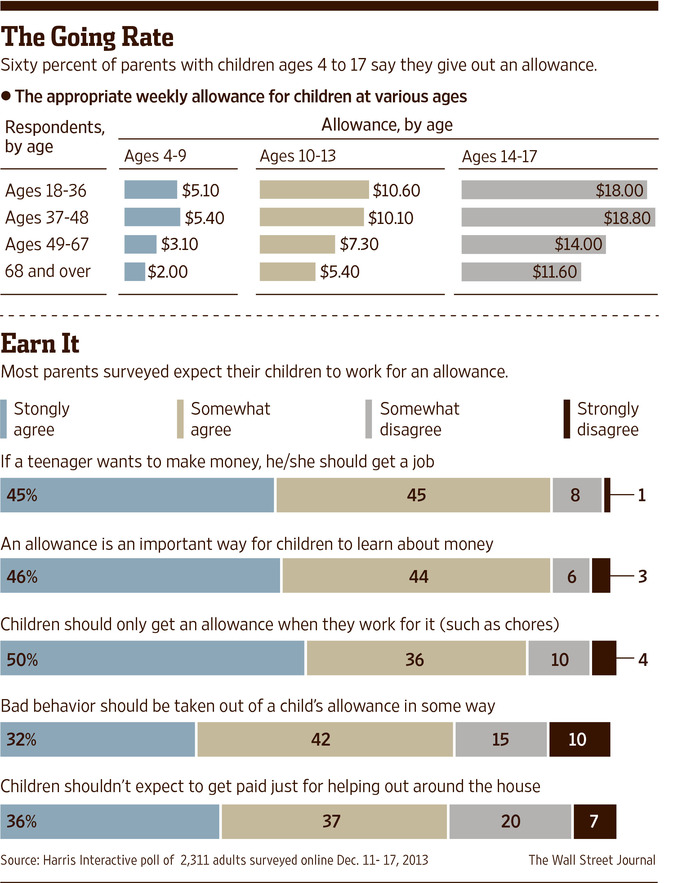 “I think this can be generalized to any privilege your child wants,” she adds. “When we show more responsibilities we get more privileges.”

In addition to spelling out expectations and agreeing on rewards for specific achievements, surprise them once a while with a special reward for good behavior on a continuing basis. Research on how the brain works shows that children react well to surprises.

An unexpected trip to the aquarium, a local museum or another special experience “can be very motivating to a child,” says Srini Pillay, an assistant clinical professor of psychiatry at Harvard Medical School and chief executive of NeuroBusiness Group, which uses brain science to help children and adults overcome psychological obstacles.

Science has shown that unexpected rewards, especially for younger children, can encourage them to make certain behaviors into a lifestyle. Sometimes when Brett Arrington, who owns a consulting firm, is shopping with his 6- and 9-year-old boys he purchases a toy they really want. Mr. Arrington waits until the boys have been especially helpful—by cleaning up someone else’s mess, for example—then he surprises them with the toy. It “works well because it’s not a promise and can happen whenever and for whatever,” says Mr. Arrington.

Different kinds of rewards come into play as children get older. From preteen through college age, experts say, matching gifts can be useful. Whether offering to pay half the price of a big-ticket item—one that’s chosen responsibly—or matching retirement savings on a dollar-for-dollar basis, matching gifts can get older children in the habit of saving, because it doubles the power of their own savings and motivates them to save at the same time.

Brian Fricke, a wealth manager and certified financial planner based in Winter Springs, Fla., matched 100% of the $6,000 his two sons put toward their first cars, which he says they each purchased in cash without taking out a loan. “Today, when they see a friend with a fancy car, the first question they ask is, ‘Is it paid for?’ ” says Mr. Fricke. There’s a sense of pride his children feel, he says, because they didn’t have to take out a loan.

Matching contributions to a retirement plan, such as the Roth IRA, are another incentive some financial planners have successfully used when their children have earned income from, say, baby sitting, yard work or a restaurant job. “As long as it’s earned income, parents can match 100% of it up to $5,500 a year,” says Jerry Verseput, an investment adviser who’s registered with the National Association of Personal Financial Advisors.

Says Mr. Verseput: “My own children figured out very quickly they were essentially getting paid double for their first part-time jobs. My daughter started a neighborhood recycling business to squeeze some extra money out of me.”

Mr. Parmar is a writer in Toronto. He can be reached at neil.parmar@dowjones.com.