How We Meet Our Spouses – WSJ

What should we learn from Ted Mosby’s misadventures in love and dating on “How I Met Your Mother”? Author Maura Kelly answers this question on Lunch Break. Photo: CBS Broadcasting, Inc

On Monday night, Ted Mosby, the hero of the long-running CBS sitcom “How I Met Your Mother,” will finally meet his future wife. Over the series’ nine seasons, Ted (whose unseen older incarnation offers off-screen narration to frame the episodes) has been telling his two kids the long, intricate story of his romantic odyssey—replete with misfires, coincidences and perhaps the hand of fate. Having spent his 20s and early 30s as a single architect in Manhattan, almost but not quite crossing paths with his beloved, Ted (played by Josh Radnor ) is now poised to meet the mother of his children (introduced this season, at last, in the doe-eyed form of actress Cristin Milioti ).

Sitcoms aren’t exactly social science, of course, but what should we learn from Ted’s adventures? How do Americans actually meet their spouses?

Nearly 30% of straight couples meet the old-fashioned way, according to a 2012 study led by Stanford sociologist Michael Rosenfeld: through their friends. That has been the leading means of meeting a spouse since World War II—so Ted had a point in boring his kids with so much detail about the lives of the show’s supporting cast. 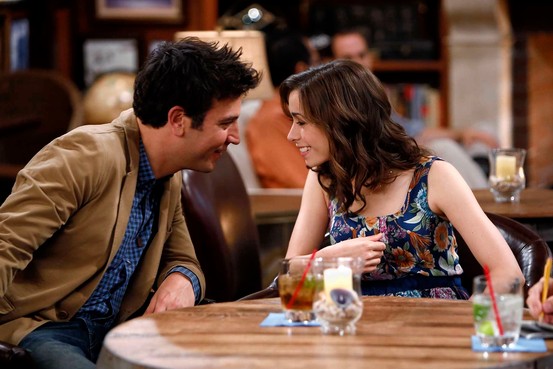 Why do social circles exert such influence over the life partners we meet? “Friends are the people we are closest to, the people we spend the most time with as adults, and therefore the people most likely to introduce us to others that we might be interested in,” says Dr. Rosenfeld. And since Americans now marry later than ever before, they are more likely to be living with friends (rather than parents) when searching for a spouse.

Unlike Ted, many Americans meet their spouses at work. That phenomenon only took off around 1960, when women entered the labor force in larger numbers. About 10% of Americans who found spouses between 2005 and 2009 met at the office or through co-workers, according to Dr. Rosenfeld—down from around 20% in 1990.

Why the decline? In part: the Internet, which “has partly displaced not only family and school but also neighborhood, friends and the workplace as venues for meeting partners,” Dr. Rosenfeld writes. He found that close to one-fourth of Americans now make initial contact with their spouses online. The dating site Match.com launched in April 1995. A year and a half later, it had 100,000 users; today, it has 1.9 million. A 2013 study by the Pew Research Internet Project found that about four in 10 U.S. adults who were single and looking had tried a dating site or app. (Of course, watching Mr. Radnor clicking on OkCupid profiles would be pretty dull TV.)

Ted turns out to be fairly typical in other ways, however. He believes there is a soul mate out there for everyone—as do nearly 80% of Americans under 45, according to a 2011 Marist poll. He’s had plenty of sexual partners along the way (if not nearly as many as his goatish, womanizing “bro” Barney, played by fan favorite Neil Patrick Harris ). Data from the Centers for Disease Control and Prevention indicate that most men between 25 and 44 have had six partners; most women that age have had four. 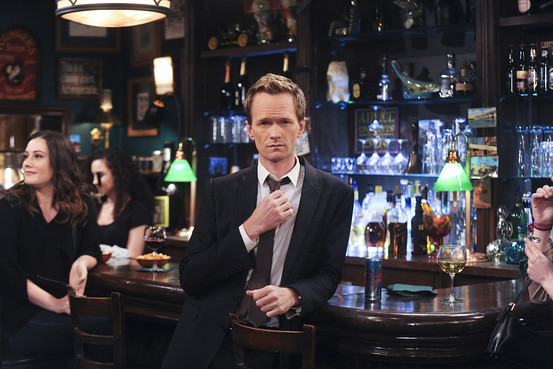 Neil Patrick Harris as womanizer Barney on ‘How I Met Your Mother’ CBS Broadcasting, Inc.

And like Ted, today’s young adults aren’t marrying early either. A recent Pew report on millennials—the generation born between the early 1980s and the early 2000s—found that only 26% of those aged 18 to 33 are now married. Compare that to the 36% of Generation X members who were hitched at those ages—and to nearly half of the Boomers.

Though the leads of “How I Met Your Mother” are likely to end the series coupled off, many Americans aren’t so lucky. “Most demographers believe that about 15% of Americans will never marry, up from only 5% in the 1950s and early 1960s,” says Stephanie Coontz, author of “Marriage, a History.” And about half of those who married in 2012 will eventually divorce, according to sociologist Philip Cohen of the University of Maryland.

So that’s marriage today. What about tomorrow? Ted’s kids will probably be telling stories about the wonders of technology. Though a 2013 Pew study indicated that just 3% of adults had tried dating apps such as Tinder, that number is bound to grow.

More futuristically: Online daters may soon be matched through third-party data that shows where they socialize and shop, says Kenneth Cukier, co-author of a new book about Big Data. The strongest predictor of compatibility, he adds, “might be something we don’t expect, like the time of day you make your purchases.”

Try making a sitcom about that.

—Ms. Kelly, a former staff writer for Glamour, is the author of “Much Ado About Loving: What Our Favorite Novels Can Teach You About Date Expectations, Not-So-Great Gatsbys and Love in the Time of Internet Personals.”