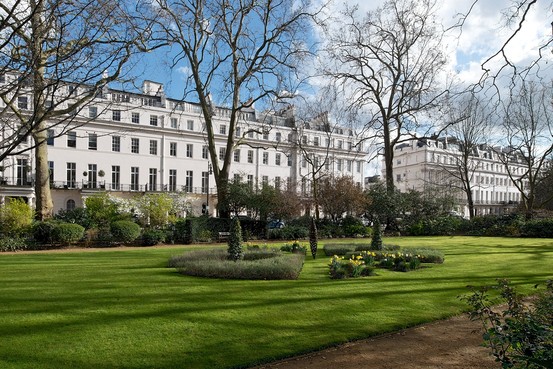 EATON SQUARE, BELGRAVIA: A newly renovated two-bedroom apartment with views of the square is on the market for $24.4 million. Savills

In central London’s booming property market, sellers of homes that have coveted access to a “secret garden” are reaping a premium.

London’s garden squares, lined with terraced homes overlooking a private garden, have long been prized for both their tranquillity and exclusivity. Now a new study has put a price on properties that overlook a residents-only park. Real estate agency Wetherell found that garden-square residences sell at an average $1,700 a square foot—20% more than prime property in the center of the city. 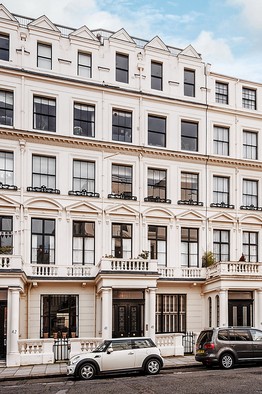 “The value of a garden square is in having the benefit of a secure, safe open space to use, and people enjoy the verdant views from their home,” said Noel De Keyzer, a director of Savills. “Garden squares are generally not busy, noisy roads which is another reason people like them.”

Another key part of the appeal of garden squares is their clubbishness—these small patches of green aren’t simply a place to walk the dog or entertain the children, but to socialize with wealthy, well-connected neighbors.

John White, head of residential sales at Carter Jonas, has a penchant for Cleveland Square in Bayswater, noting its social events, fireworks displays and summer parties. Houses on this square have largely been converted into apartments; a two-bedroom property would cost an average $4.21 million.

Grosvenor Square, in Mayfair, home to the American Embassy, commands an average $6,200 a square foot. Formula One heiress Petra Ecclestone, chef Nigella Lawson and her former husband, Charles Saatchi, have all recently lived in Eaton Square in Belgravia, where average prices stand at $5,300 a square foot. 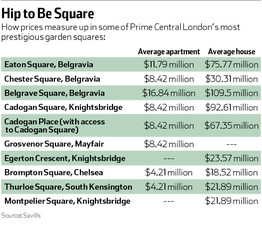 Cadogan Square in Chelsea, where Michael Bloomberg is widely reported to own a home, is priced at an average $4,900 a square foot.

A slightly more off-the-radar choice is Edwardes Square in Kensington. “It is tucked away in a quiet, secret corner just off Kensington High Street, and very few people really know it exists,” said buying agent Lochie Rankin, of Lichfields. “The garden is a total of 3 acres with meandering paths, a rose pergola, a croquet lawn, a grass tennis court and a children’s play area. There is also a Grecian-style lodge, called ‘The Temple,’ where the square’s head gardener still lives.”

A slightly less expensive option would be Bramham Gardens in Earl’s Court, on the fringes of prime London. Prices there range from $2,100 to $3,500 a square foot, with homes on the lower ground and top walk-up floors being priced the lowest, said Ian Barrett, senior sales manager at Marsh & Parsons.

“It is one of the largest garden squares in the area and attracts a variety of demographics to live there; young singles and large families alike,” he said. “The architecture is stunning and made up from a mixture of Victorian Gothic, red brick apartment buildings and splendid terra-cotta Dutch Gothic houses by architect Harold Peto. ”

The mechanics of garden-square living vary, but homeowners must usually pay an annual fee starting at $350 and up to $1,700 a year toward maintenance of the garden, in return for a key to its gates. 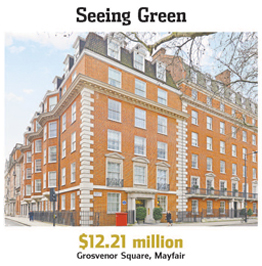 Rules can be very strict: Some squares ban ballgames, others won’t allow dogs to be exercised off their leashes—if they allow dogs at all. Barbecues and parties may be prohibited, and leaving the gates open to the hoi polloi could result in expulsion.

There are thought to be 500 to 600 garden squares in London, the earliest of which were built in the 17th century, after the city’s Great Fire of 1666. Squares were popular in the Georgian and Victorian eras, too, but fell out of favor after as builders began to experiment with tower blocks and large housing estates.

Earlier this year, the architecture charity Prince Charles established to promote high-quality traditional design published a report calling for a return to garden squares to solve London’s housing shortage. Its thesis was that squares combine green space with the opportunity to build relatively high-density terraced houses and apartment buildings around them. And the Prince of Wales has tapped into the zeitgeist, because 21st-century builders are beginning to reimagine the genre.

Perhaps the most creative example was the sold-out redevelopment of the Arsenal Football Stadium in Highbury, north London, in 2010. When the soccer team moved to a new stadium the old site was rebuilt with apartments overlooking a central garden created from what was once the pitch.

Currently listed is London Square Fulham, named for its fashionable southwest London location. The $168 million project has created 40 townhouses overlooking a communal garden, which went on sale in November. Some 60% have been sold. Prices start at $4.38 million for a 1,733-square-foot, three-bedroom house.

“A block of flats around a patch of green won’t cut it,” he said. “They will have to be mindful of everything from the garden furniture to the landscaping, and the most important thing will be how exclusive it is. If it is an open patch of green, it won’t work, but offering residents-only access is the beginning of the making of a prestigious address.”